Recently I was sent a forwarded email entitled “Sixteen Logical Reasons Why Some Men Have Dogs and Not Wives“, so I read and laughed because I think dogs are ace. And excluding the reference to women, there are a lot of funny things that dogs do to make them so appealing as our little companions.

Then I read them aloud to my friend and fair play to her, she laughed along before making the astute observation of the generalisations it made about women.  Touchè. Here they were – sixteen grand sweeping, and more importantly negative insinuations in each numbered statement – not about the dog, but about the wife. If an alien arrived on Earth and read this, they’d easily figure they needed to avoid the dreaded wives at all costs.

Women cop overt sexism fairly regularly but it’s the covert kind that permeates and feeds a socially accepted idea – about what wives and women are (all of them) and what they really deserve.

I figure most sociologists and researchers would argue that generalisations are useful and efficient tools to describe a culture, a sub-culture, or a social group. And I wholeheartedly agree.  But when they are doggedly shallow (not based on research) or mean-spirited (without real intention to understand) then they are tools in exaggeration at best and distortion and lies at worst.

An underlying whiff of misogyny is often blanketed by The Joke. Someone who mentions the degrading implications are answered with the old trap of “it’s just a joke” and their “stick-in-the-mud” reaction just lets the team down from having a bit of a laugh. And it’s true, it IS just a joke and I’m not that pious that I’ve never laughed along at something that could easily have offended someone else. But like any story, all jokes have an undercurrent message. And in this case, it was  – “All dogs, by the general character are really worthy mates and all wives by theirs are trouble”.

So, while I thoroughly enjoyed reading about the attributes that people love about dogs, what these sentences imply about women and wives makes me a bit uncomfortable. Read for yourself and tell me if you think I’m wrong. I’ve added my interpretation in purple.

1. The later you are the more excited your dog is to see you

= Your wife should be  grateful you came at all.

2. Dogs don’t notice if you call them by another dog’s name

= Women are stuffy and easily offended.

3. Dogs like it if you leave things on the floor.

= Women are fussy around the house.

5. Dogs agree that you have to raise your voice to get your point across.

= Being verbally aggressive is no big deal.

7. Dogs find you amusing when your pissed.

= Your wife should too. Women are boring.

9. Dogs don’t wake you up at night and ask “If I died, would you get another dog?”

10. If a dog has babies, you can put an ad in the paper and sell them.

= If your wife has a baby, she makes it your problem too.

11. When you drop a silent one, dogs don’t run around frantically with the room spray.

12.  Dogs never tell you to stop scratching your balls. Instead they ponder why you don’t lick them.

13. Dogs will let you put a studded collar on, without calling you a pervert.

14. If a dog smells another dog on you, it won’t kick you in the crotch. It just finds it interesting.

= Women are selfish and greedy.

And the clincher at the end, with a real punchy line is –

To verify these statements: Lock your wife and your dog in the garage for an hour. Then open the door and observe who’s happy to see you!

Would it really be funny to lock your partner (or anyone you know) in the garage for an hour?

It’s difficult to acknowledge sexism without being tagged with the NO FUN label. And I actually re-considered replying the forwarded email in case my ‘grandstanding’ scratched me off the list for getting any future funny email forwards.

Sometimes all it needs is to be acknowledged and reflected on. I can acknowledge the funny part to this and perhaps the joke stems from an attempt to simplify the ‘otherness’ wrapped up in straight relationships – how different we are. But there’s a line that gets crossed, all too often when the joke is on the woman, and the only silent one dropped is the stink of misogyny. 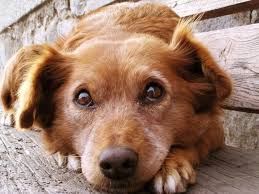 Thanks to my mate Emmy for noticing the line. 🙂